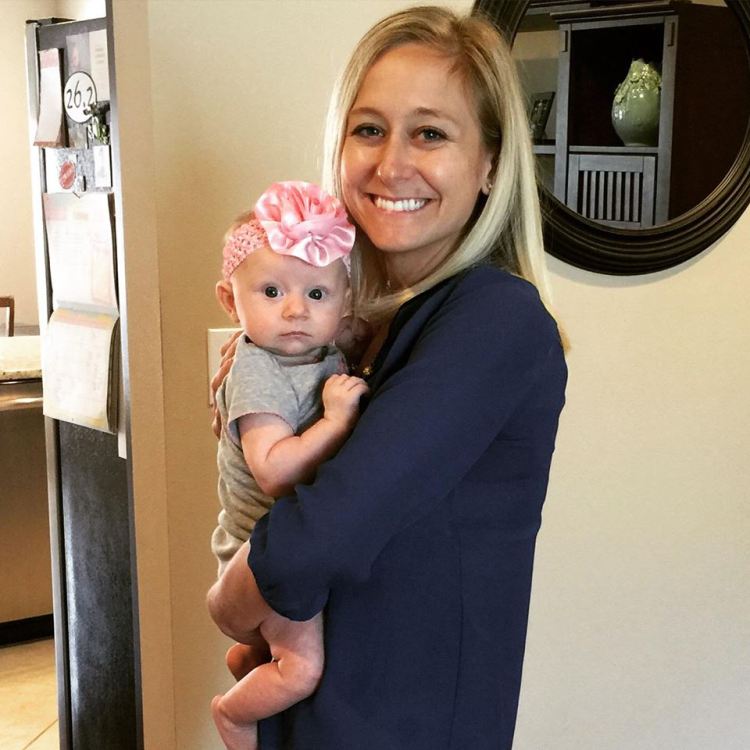 Lately, I’ve found myself wanting to write a lot about my daughter Madelyn. “So many stories to tell, so little time to write!” I often think. Gone are the times when I could write personal essays for hour-long periods without interruptions.

Being a mom forces you to learn how to be patient as a writer, to take advantage of 15-minute chunks of time when you actually have a hand to spare. For me, that usually means typing with one hand on my phone while nursing Madelyn in the other. For the first two months after Madelyn was born, I hardly wrote about her, but I thought about it all the time. I chalked it up to being sleep-deprived and scatterbrained and busy. But once I started being honest with myself, I realized it was because I felt lost as a writer.

I’ve written about motherhood for years, but I’ve always done so from the perspective of a daughter — one who lost her mom at an early age and then struggled with disordered eating for almost two decades. My writing was often rooted in sadness. Now, I’ve had to find my voice as a mother, one who is writing mostly from a place of newfound health and happiness.

A good friend once told me that it’s easier to write when we’re struggling. I’ve always found this to be true, maybe because writing helps me make sense of hard times. But it can also help us make sense of new adventures.

I’m finally finding my voice as a mother, one who’s life isn’t defined by loss but by love. As a writer, I’m learning to embrace humor, explore new topics, and find depth in happiness. The themes I’ve always written about — motherhood, food, love, loss — are still present in my writing, but they’ve taken on new meanings. They show up in an essay I just wrote about the connections between my mom’s breast cancer, my history with anorexia, and my experience breastfeeding. (The Washington Post will be publishing it later this summer). And they show up in a “lighter” essay I’m writing about parenthood and sleep (or the lack thereof!)

At some point soon, I’m hoping to do more research and writing for my memoir, a labor of love long in the making. I have new ideas about how to approach it, and I’m excited. I just have to find the time. Don’t we all?

I’ve always believed that if you have a story to tell, you’ll find a way to tell it. For now, I’m taking it one paragraph at a time.

Mallary is a mom of two young kiddos -- Madelyn and Tucker. Mallary absolutely loves being a mom and often writes about the need to find harmony when juggling motherhood and work. Mallary is the Assistant Director of the Knight Center for Journalism in the Americas at the University of Texas at Austin, where she manages the Center's various programs related to distance learning, freedom of expression, and digital journalism. Previously, she was Executive Director of Images & Voices of Hope and Managing Editor of The Poynter Institute’s media news site, Poynter.org. Mallary grew up outside of Boston and graduated from Providence College in Rhode Island. In 2015, she received a certificate in nonprofit management from Duke University. She now lives in beautiful Austin, Texas, with her kids, husband Troy and cat Clara. She's working on a memoir, slowly but surely. You can reach her at mjtenore@gmail.com. View more posts